This project consisted of two separate bridges that span over Route 97. Approximately weight of both bridges was 374 tons. Phase 1 of the Northbound bridge was erected in 2012, while the second phase of the Northbound and all of the Southbound bridge was completed in 2013. The bridges were clear span bridges without a field bolted splice. The total length was 152’. Total weight of each girder was approximately 45,000 lbs. each. Two girders were delivered onsite on each load by our 3-axle steerable dolly trailers. 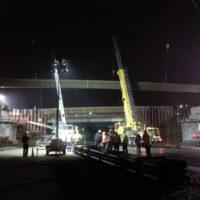 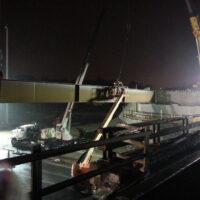 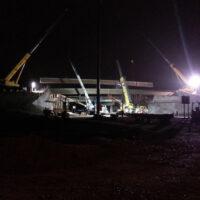 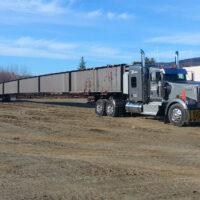